Can you get drunk on low alcohol (less than or equal to 0.5%)? - Pistonhead 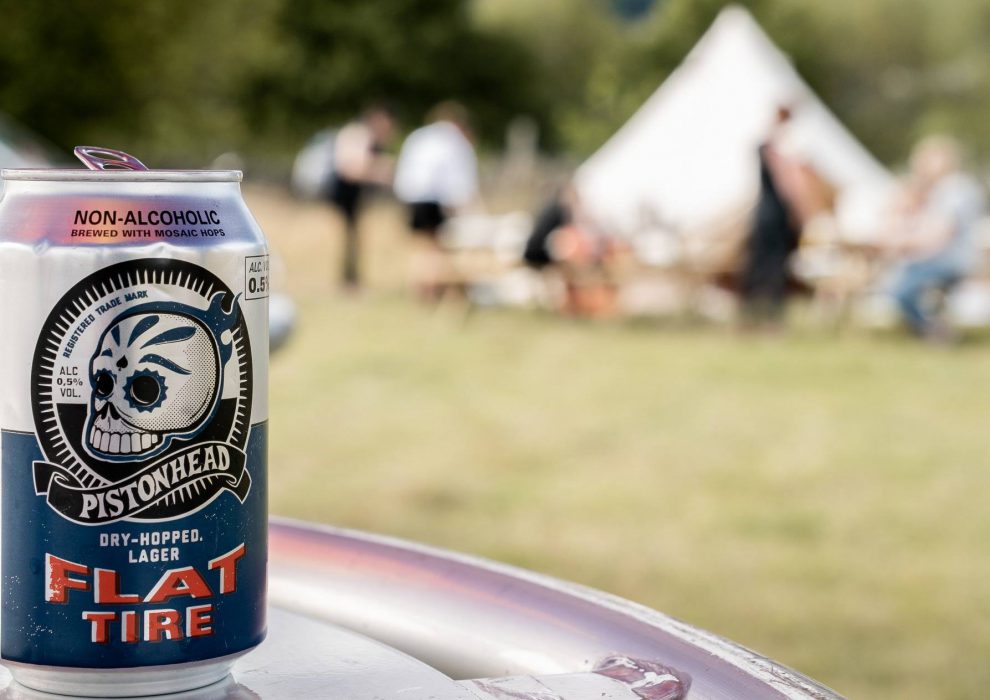 The 0.5% ABV of Pistonhead Flat Tire has turned some heads and ruffled a few feathers with many pointing out 0.5% ABV beer, according to UK law, is classified as a de-alcoholised beer and others worry about the impact 0.5% ABV can have on their body. Therefore, we created this guide to stop any confusion and hopefully answer any questions.

How is ABV calculated?

ABV or Alcohol By Volume is a standard unit of measure of how much alcohol (ethanol) is contained in a given volume of alcohol.

The basic science behind it involves measuring the change in density of the alcohol solution during fermentation (i.e. when the yeast starts eating the sugars) which most home brewers will use a Hydrometer to measure. If you would like to find out more about the science and calculations involved then Brewers Journal have a great piece here.

This is where the confusion lies for most people and rightly so, as you can see below there are big differences in the classifications of non-alcoholic and low alcohol beers.

Taken from The European Commission

As you can see there are huge discrepancies between the defined classifications but, who is right? European law is far more lenient than the UK but is their classification dangerous? In these situations there is only one higher power you can turn to, yes it’s time to SCIENCE THE SHIT OF THIS!

An official scientific study into the effects of 0.5% ABV on the body

In 2012 in Germany (only fitting really) a drinking experiment was conducted by abstaining 78 participants from drinking alcohol (ethanol) for 5 days. After what must have been 5 gruelling days, they were asked to consume 1.5L (that’s equal to 4 and a half cans of 330ml Pistonhead) of non-alcoholic beer (0.41-0.42%) in 1 hour.

The results showed that the maximum blood alcohol (ethanol) concentration level was 0.0056%.

Steady Drinker showed us just how little that is;

So that would mean that someone would have to drink 28 cans of Pistonhead Non-Alcoholic in one hour to even get to the point where most people start to feel the minor effects of alcohol. That’s about one can every 2 minutes. We never like to say anything is impossible at Pistonhead but that’s coming pretty damn close.

And if the Germans hadn’t reassured you enough, then, of course, there’s always an American that will take it that one step further. This guy attempts to drink 28 bottles in one hour and just ends up burping, puking and pissing. For the full ridiculous 5 min video click here.

What are the difficulties for UK brewers?

So as the 2012 study showed the classification of non-alcoholic beers at 0.05% in the UK is actually far lower than it actually needs to be. Safe levels of drinking 0.5% alcohol can and have been achieved all across Europe, America, Canada and Australia, in fact, the UK is the only country, outside of the Middle East, to have such strict laws. And this is having a negative impact on the UK brewers as they have to adhere to stricter UK laws. If they want to brew a 0.5% ABV beer then they have to label themselves as ‘de-alcoholized’ even though some beers don’t even use a de-alcoholising process!

Find out more about the struggles faced by UK brewers here.

The resistance to classify a 0.5% ABV beer as non-alcoholic becomes even more ridiculous when you look at ABV of common household items;

Results were taken from 2016 study in the Journal of Analytical Toxicology on German food products. For the full study click here.

So according to this study, our Pistonhead Non-Alcoholic has less alcohol content then that burger you ate at next doors BBQ and the glass of grape juice you had this morning!

So if we were to ask the question again,

Can I get drunk from Non-Alcoholic beer (less than or equal to 0.5% ABV)?

The short answer would be NO.

Pistonhead Non-Alcoholic is currently available at Tesco, 4 for £4. Click here.