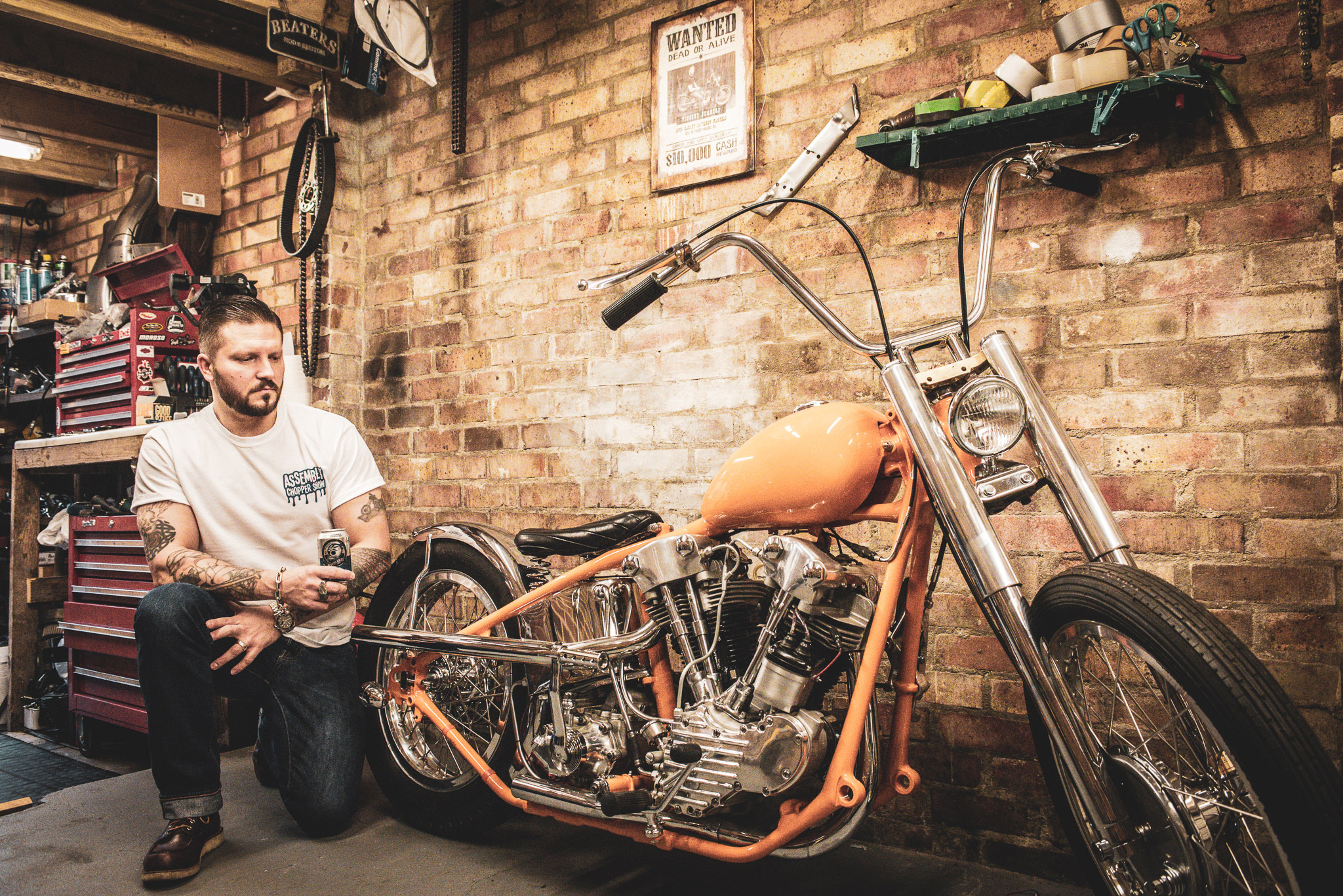 We are very excited to announce that we are getting a classic Harley built by none other than Vince Summers! This guy is one of the best when it comes to classic bike builds. Last year, he was invited as one of only 25 builders to Born Free, the biggest vintage bike festival in the world. He also runs the Assembly Chopper Show down at House of Vans which is the biggest chopper show in the UK.
So for him to want to work with us is a great honor. We caught up with Vince this week to find out more about his love of bikes and what he has in store for Pistonhead.

Where did your interest in bikes come from?

As far as where my interest ( obsession ) with motorcycles comes from that’d be my family, Dad and Uncles all rode Triumphs. I never knew any different growing up, Mum didn’t own a car and when we were younger so she’d take me and my sister out in a Cossack motorcycle with sidecar. I got my first dirt bike at 8!

How long have you been building bikes for?

I’ve been building bikes for about 18 years now. The first couple of years I was building and racing street fighters in the in-line drag race series, but for the last 16 its been all about vintage American bikes and the odd hot rod.

What style of bikes do you build?

I generally stick to pre 1984 Harley Davidsons. I build most styles of Choppers and Bobbers but I’ve customized a few later Harley Davidson’s and 1940s Indians

What bike will you be building for us?

When you approached me to build a bike to promote your Flat Tyre Alcohol-Free beer it kind of made sense to build a Bar Hopper, it’s a 1960s inner-city style Chopper. These tended to have a short wheelbase, small gas tank, fender, and seat. This meant they were lighter with better handling than the stock machine from the factory.

What are the bike specs?

To achieve this look I’ll be building a 1960’s 74 cubic inch (1200 cc) V-twin Harley Davidson engine and transmissions. The frame will be a stock dimension 1950’s FL rigid (no rear suspension) with early British Triumph forks and with BSA front brake. A pair of Ape hanger bars, small gas tank to show off the engine with a small sprung seat, tall sissy bar, and long fishtail exhausts. This will guarantee this custom bike will stand out from the crowd.
God this bike sounds sexy!
We will be keeping you up to date with the build month by month. Stay tuned. 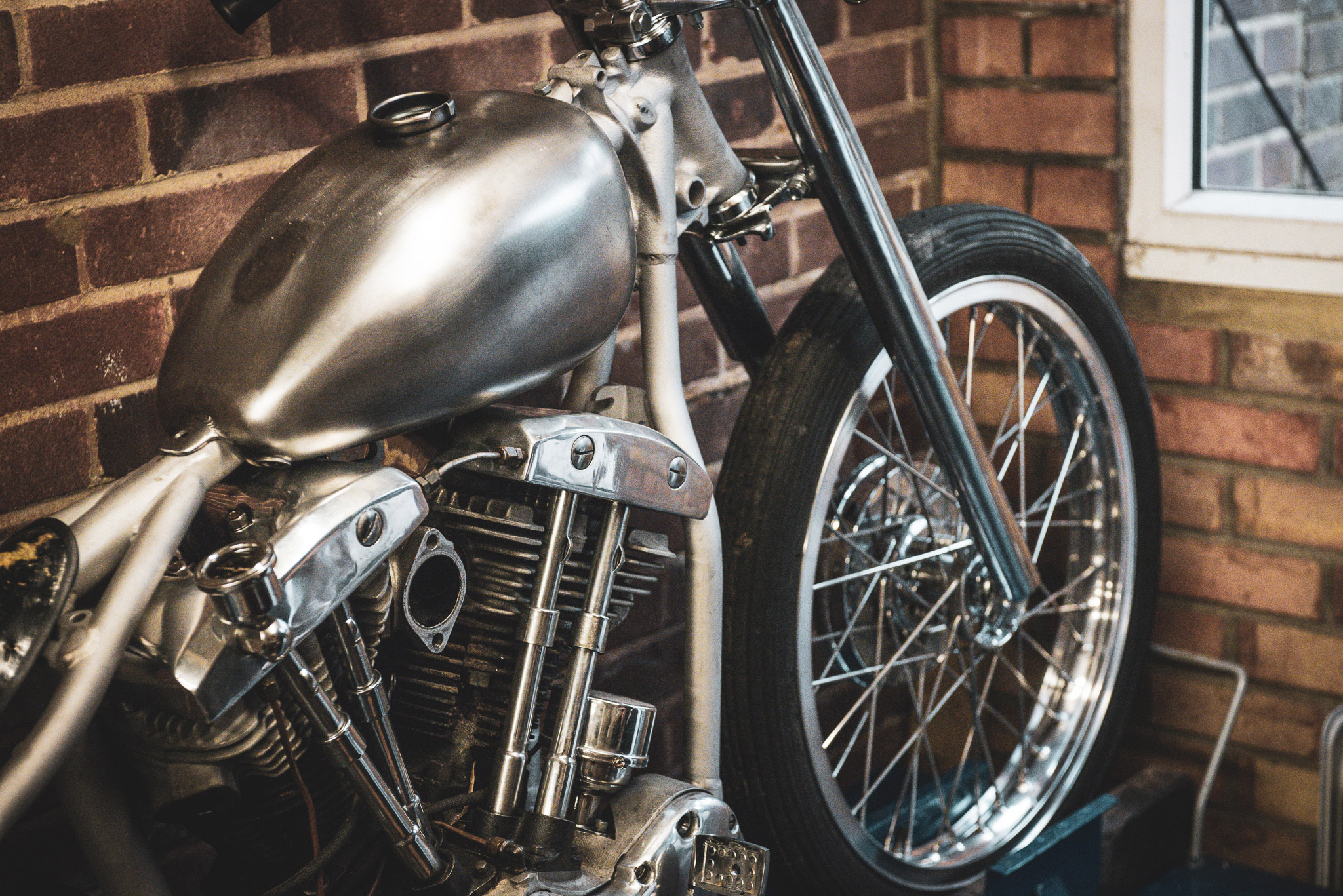